The Bunker Hill Mine is one of the most storied base metal and silver mines in American history. Initial discovery and development of the property began in 1885, and from that time until the mine closed in 1991 total production from the mine totaled 42.77 million tons at an average grade of 8.43% lead, 3.52 ounces silver per ton and 4.52% zinc. Through its history the area encompassing the Bunker Hill mine accounts for nearly 42% of the total lead, 41% of the total zinc and 15% of the total silver production in the Coeur d’Alene Mining District. Over this long, 95+ year history, more than 40 separate mineralized zones were exploited, producing 35 millions tons of ore concentrate, including a total of 165 Moz of silver. The Bunker Hill historical mine is located in the world class silver Coeur d’Alene Mining District. 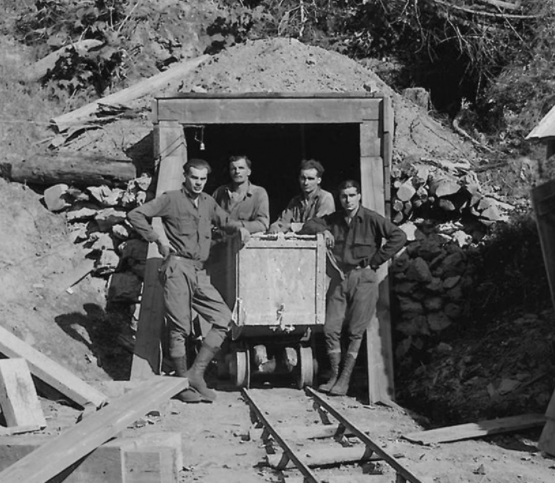 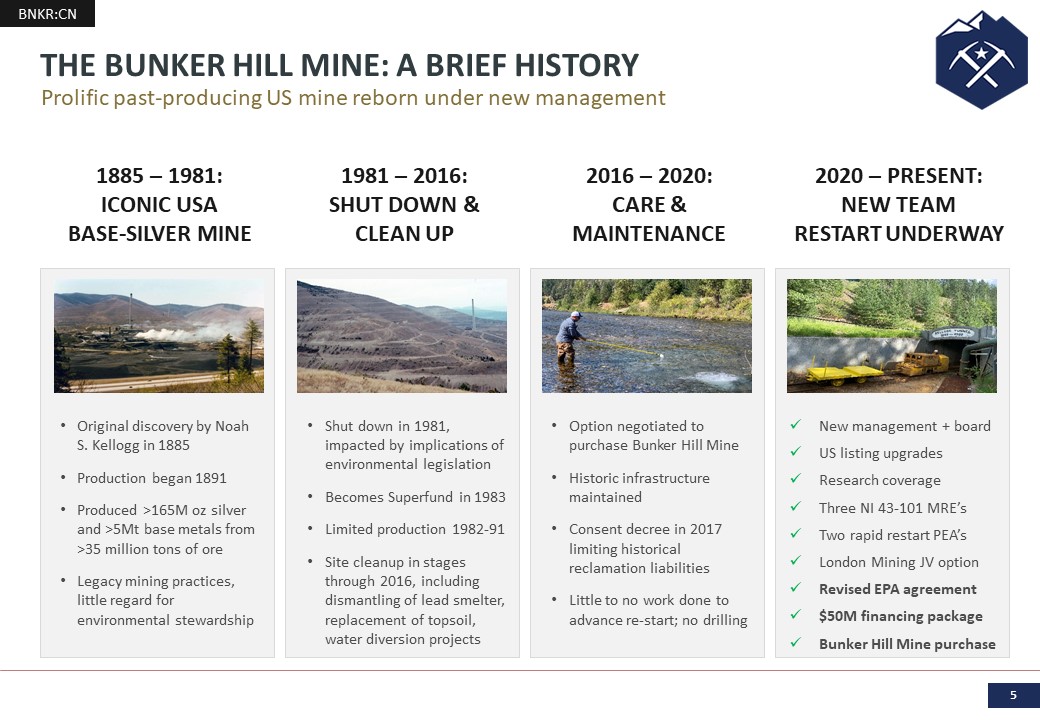 Closed in 1981 due to the coincident effect of low base metal prices and the need to invest significant capital in the upgrade of its processing and smelting operations to meet new environmental regulations, it has remained on care and maintenance ever since. Following its closure, and as part of a regional environmental clean-up operation run by the US Government, its lead smelter and zinc processing plant have been fully dismantled, and its water discharge treated by a government-run Water Treatment Facility.

With the arrival of a new leadership team in 2020 with the intent to verify, explore and develop its untapped higher-grade silver potential using the most modern analytical, exploration, mining and processing techniques the mine is poised for a second profitable and environmentally sustainable life. The new team is focused on the exploration and sustainable development of the mine’s untapped silver potential.